Home Loan Rates: Why do they move up and down? 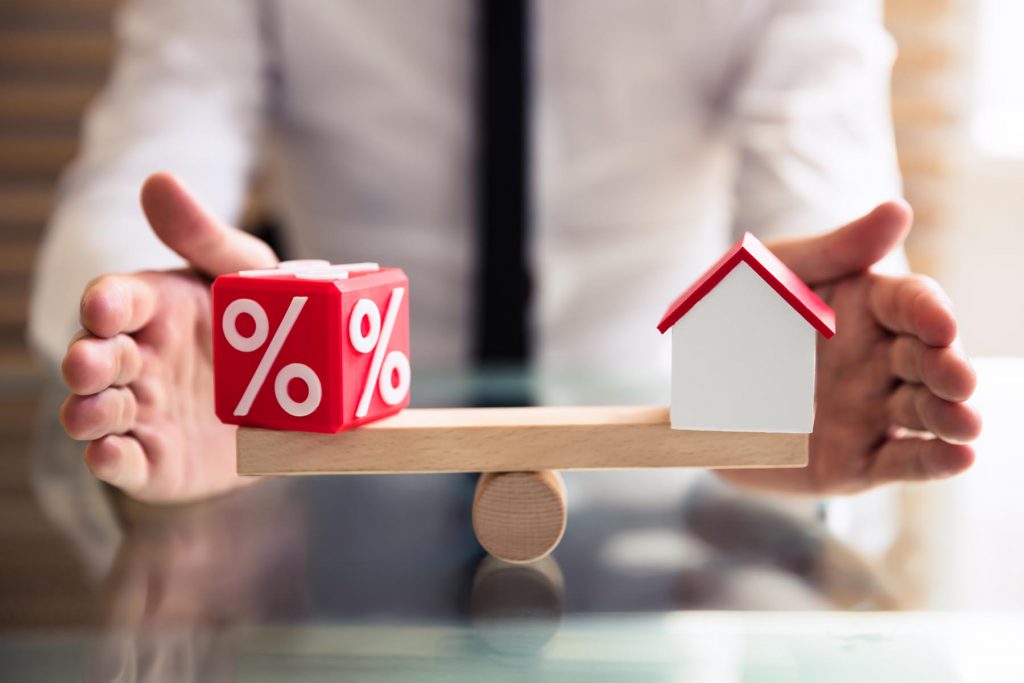 Keep Your Eye on MBS

Mortgage-Backed Securities (MBS) are a type of Bond that provides a short-term safe haven for investments in a volatile market. Because they are less risky than Stocks, billions of investment dollars flow into them during unstable economic times. Once economic risk decreases, investors tend to invest dollars back into riskier assets, such as stocks and commodities, where they can see a greater return on investment.

What is a Mortgage-Backed Security?

Where to Look and What to Look For

Rate movements can be tracked in two ways: by tracking basis points throughout the day on a Bond chart or by watching trends displayed in Japanese Candlesticks.

A Bond chart features the previous day’s performance of a particular coupon, as well as regular tracking of basis points throughout a given day.

Japanese Candlesticks also show the performance of a security in greater detail. Candlestick charts display daily trading ranges, pricing changes, resistance and support levels, as well as trends — all of which point to rate movements.

The chart below explains the key indicators within Japanese Candlesticks, how to read them and what they mean. 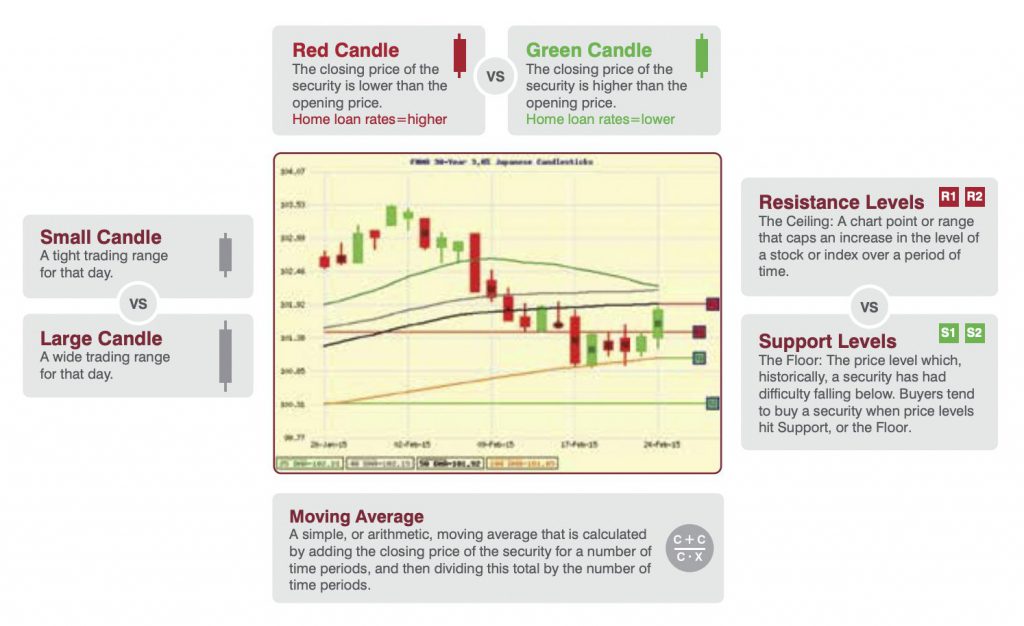 The Basics of Basis Points

A basis point, or bp, is a common unit of measure for interest rates and other percentages in finance. One basis point is equal to 0.01% (0.0001) and is used to denote the percentage change in a financial instrument.

If the price of the Bond moves up 16-20bp it could push home loan rates a bit lower. On the flip side, if Bonds decline by 16-20bp, it could mean slightly higher rates.

Thresholds are important on the upside or downside to gauge whether you are in a re-price for the worse or in better territory. Basis point thresholds give you a heads up as to where interest rates may be moving in the short term or on a particular day.

Keep an eye on these 3 important factors

While Mortgage Back Securities are the real driver of home loan rates, the ebbs and flows of the economy have a direct impact on whether or not investors move money to Bonds in the short term. Below is a high-level overview of the big economic indicators — gross domestic product, inflation, and unemployment — as well as how they correlate with rates.

GDP is the widest measure of the state of the economy. It is the aggregated monetary value of all goods and services. When GDP rises, demand for money rises and interest rates go up. Watch for it: 8:30 a.m. ET on the last day of each quarter.

Two reports track the rise in the cost of goods and services over time. Inflation is a Bond’s worst enemy as it erodes the purchasing power of a Bond’s future cash flows. Typically, as inflation increases, Bond prices tend to decline, while in turn, home loan rates usually rise.

Unemployment represents the total number of U.S. paid workers. If more jobs are created than expected, investments tend to shift from Bonds to Stocks, pushing interest rates higher. Non-farm payrolls are excluded because seasonality can skew the results without a significant economic impact. Watch for it: 8:30 a.m. ET on the first Friday of each month.

Data that can make investors jumpy

In addition to the Big 3 Must-watch Economic Indicators above, the monthly economic calendar is full of recurring reports that might make investors jumpy. Some of the biggest influencers that potentially have a high impact on rates are:

The Chicago PMI (officially known as the Business Barometer) is a monthly composite index based on opinion surveys of more than 200 Chicago purchasing managers regarding the manufacturing industry. The index is a composite of seven similarly constructed indexes including: new orders, production, supplier delivery times, backlogs, inventories, prices paid and employment. New orders and orders backlog indices indicate future production activity. It signals factory-sector expansion when it is above 50 and contraction when below 50. The index is seasonally adjusted. Because the Chicago PMI is released the day before the ISM (see below), it is watched in order to predict the more important ISM report, which is in itself a good leading indicator of overall economic activity. It frequently moves markets.

Scheduled release at 9:00 a.m. (CT) on the last day of the month, the day before the full ISM report.

Note: there are numerous manufacturing data points from each heavily regarded regions across the nation, such as the Philly Fed, Empire Manufacturing, and Chicago PMI.

The Retail Sales Report is a measure of the total receipts of retail stores from samples representing all sizes and kinds of business in retail trade throughout the nation. It is the most timely indicator of broad consumer spending patterns and is adjusted for normal seasonal variation, holidays and trading-day differences. Retail sales is the first picture of consumer spending for a given month.

The Federal Open Market Committee (FOMC) is a twelve-member committee made up of the seven members of the Board of Governors and five Federal Reserve Bank presidents. It meets eight times per year to determine the near-term direction of monetary policy. Most importantly, the Fed determines interest rate policy at FOMC meetings. Market participants speculate about the possibility of an interest rate change at these meetings, and if the outcome is different from expectations, the impact on the markets can be dramatic and far reaching. Committee meetings are usually held in January, March, April, June, July, September, October and December. 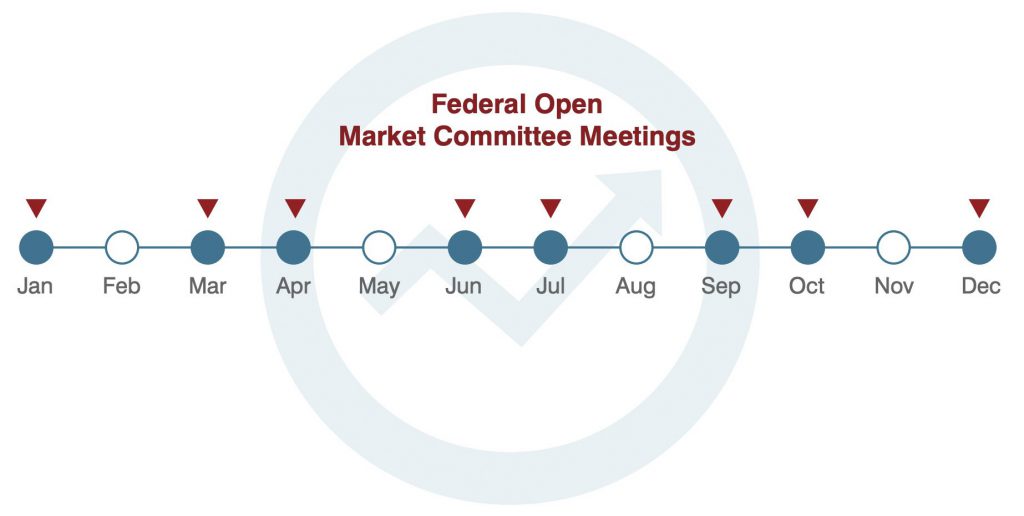 The Institute for Supply Management (ISM) releases a monthly composite index of national manufacturing conditions, constructed from data on new orders, production, supplier delivery times, backlogs, inventories, prices, employment, export orders and import orders. It is divided into manufacturing and non-manufacturing sub-indices. Financial markets are extremely sensitive to unexpected changes in this index. ISM is perceived as a good indicator of inflationary pressures. Since the manufacturing sector is a major source of cyclical variability in the economy, this report has a big influence on the markets. The Federal Reserve keeps a close watch on this report in determining the direction of interest rates when inflation signals appear. As a result, the Bond market is highly sensitive to this report. Turning points in the composite index suggest either a slowing or acceleration in the nation’s economic activity.

The Unemployment Rate is a percentage of employable people actively seeking work, out of the total number of employable people; determined in a monthly survey by the Bureau of Labor Statistics. While the Unemployment Rate might look good, numbers can be skewed by the Labor Force Participation Rate (LFPR). The LFPR is the percentage of working-age persons in an economy who are employed or who are unemployed but looking for a job. 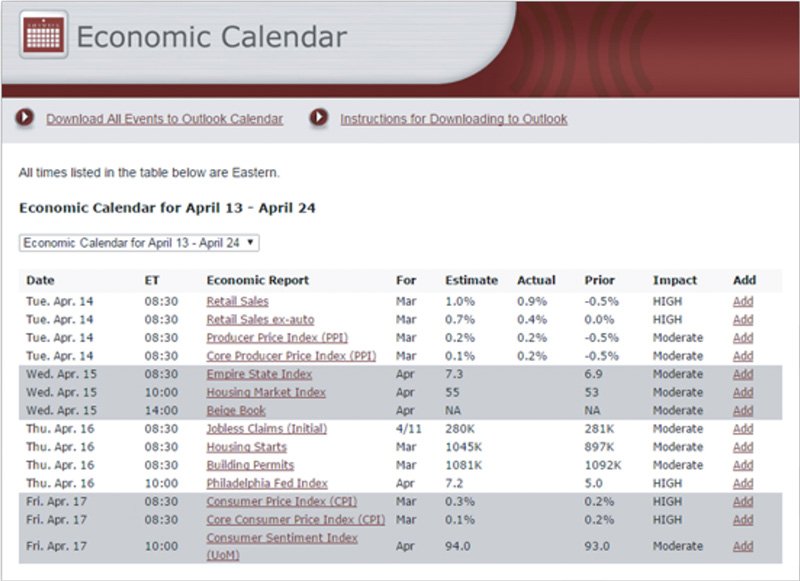 How the world’s stage can hit home

Whenever a geopolitical event occurs — and you’ll know because it makes news headlines — tensions rise globally. Within hours, investors look for less risky avenues to invest dollars. Most likely, dollars are going to flow into the safe haven of the Bond markets — like Mortgage Backed Securities.

While it’s hard to grasp the billions of dollars that move from Stocks to Bonds during geopolitical events, the move is quick and not likely to repeat soon.

This shift from Stocks to Bonds also provides a short-term lock opportunity that homebuyers can leverage. The chart on the following page provides an overview of how geopolitical events — coupled with economic indicators — affected interest rates over a 5-year period. 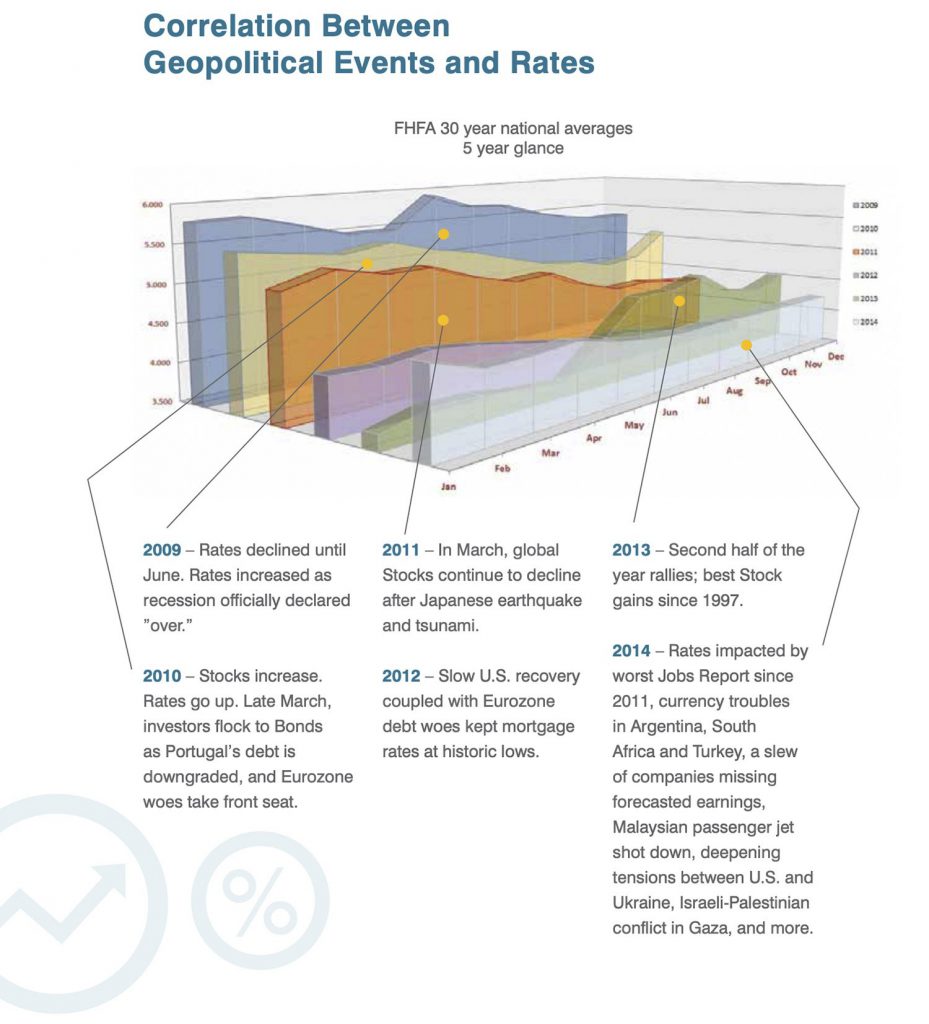 Much like homebuyers looking to lock in the best rate for the life of their loan, investors seek out the best places to invest their assets.

Long-term economic indicators, timely economic reports and short-term geopolitical events all can lead to uncertainty. When there’s uncertainty, investors get nervous. When they get nervous, they shift dollars from Stocks to Bonds, which are less of a risk. Mortgage-Backed Securities are a type of Bond. The bottom line is: when Bond prices rise, home loan rates improve.

It’s simple math, but not really

When it comes to forecasting home loan rates, you can’t predict exactly where they will land. However, you can identify a consistency and repetition in movements by watching what happens with the Big 3 indicators, geopolitical events and Mortgage Backed Securities. The chart below provides a snapshot of general rate trend tips to recognize. 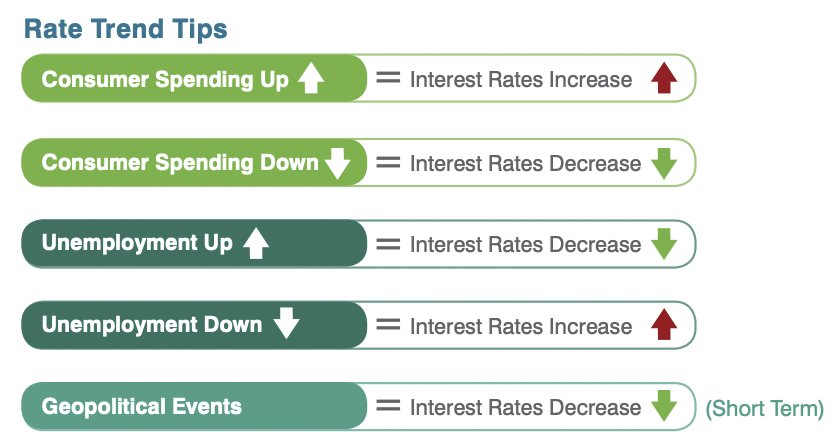 Another Way to Look at Rates

A mortgage yield curve is a graphic depiction of interest rates and how they compare across loan terms.

Plotting interest rates on a line chart, can help you better advise your clients. How? By understanding the direction of the yield curve — and whether it is flat, normal or steep — you can easily explain whether or not interest rates will have a minimal, average or significant impact on their financing decision.

The chart below illustrates how a flat, normal and steep yield curve might look (rates are for illustration purposes only). 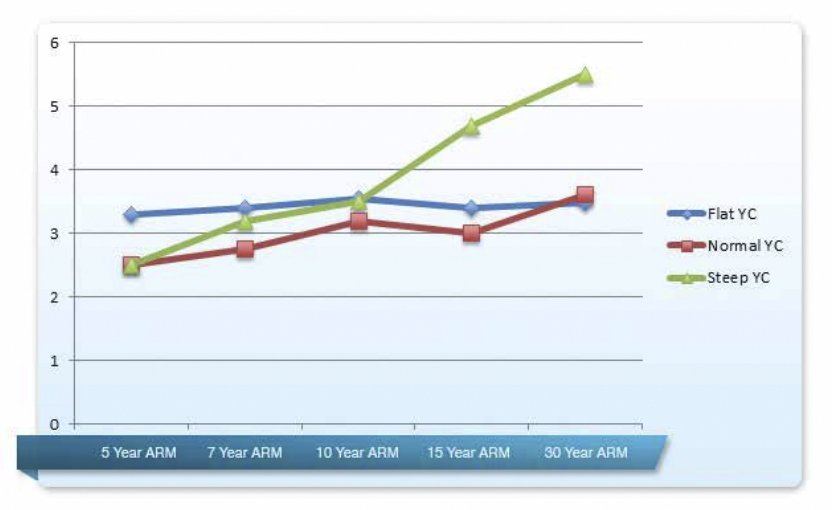 As the name suggests, with a flat yield curve differences between rates are minimal; they are nearly equal. While this situation is rare, borrowers would benefit from the exact same interest rate regardless of the loan term.

A normal yield curve would show a slight increase across rates but nothing particularly rattling. A normal yield curve exists when an economic environment is not subjected to various Fed actions to either stimulate or slow growth. In this situation, borrowers could expect a modest rate increase across terms, but the interest rate should have less bearing on their loan decision.

A steep yield curve would exist in a volatile market where increased pressures to stimulate or slow growth are present. A borrower could expect to pay more for extending the term of the loan; however, one could argue that if the Fed is trying to stimulate the economy by lowering short-term rates that long-term rates would follow suit eventually. This would open up a refinance opportunity down the road. 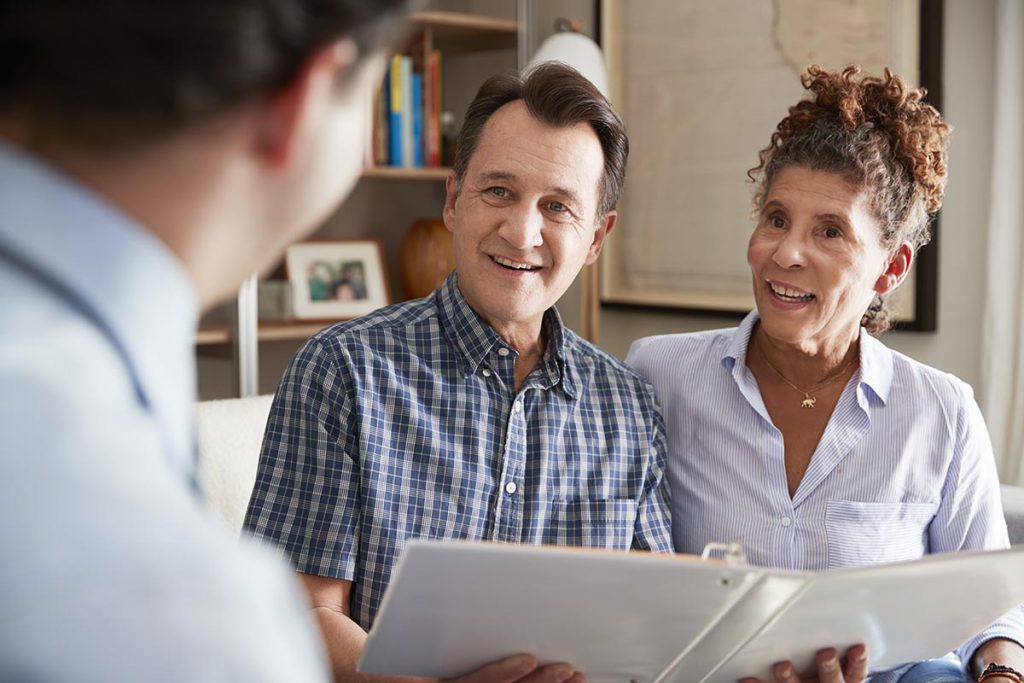 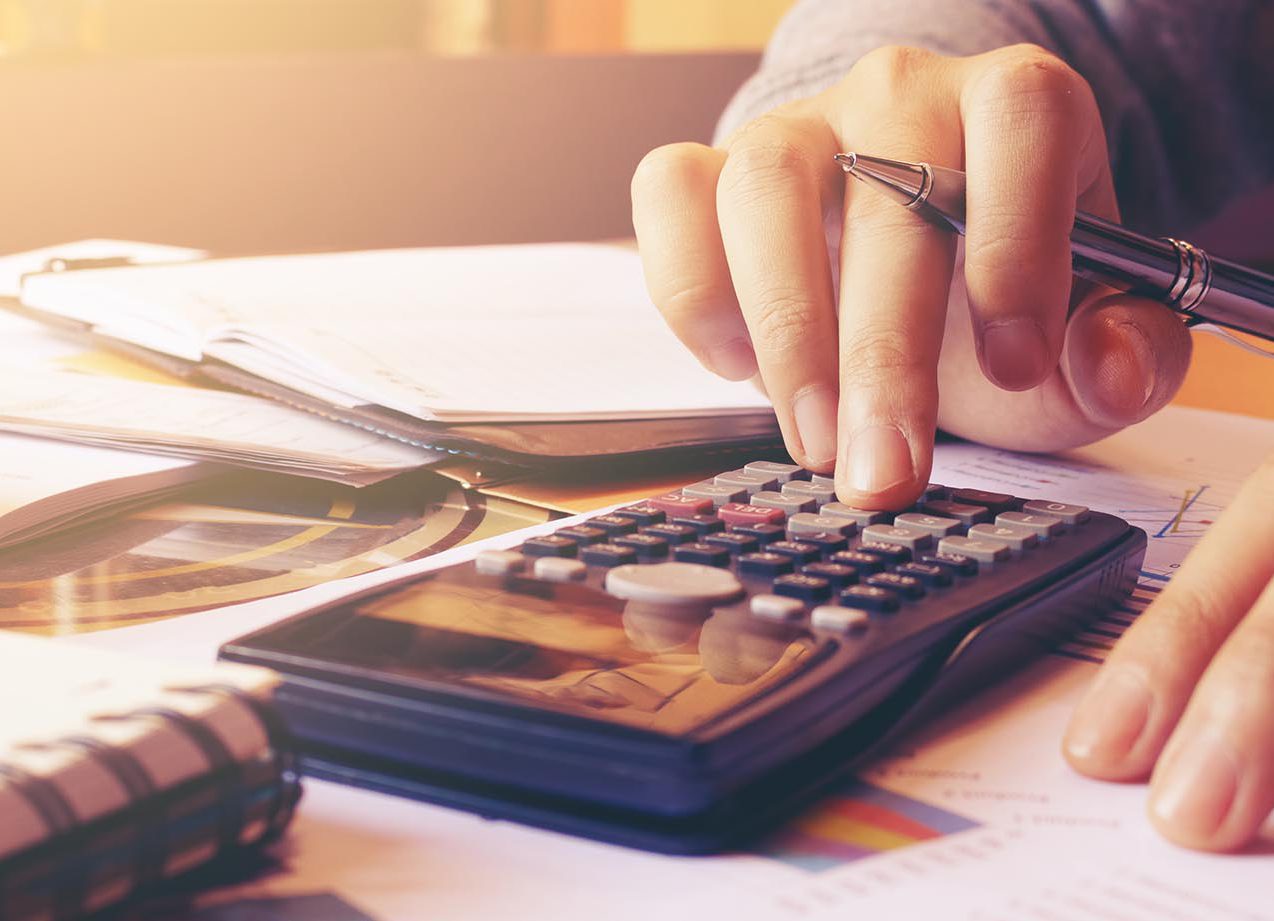 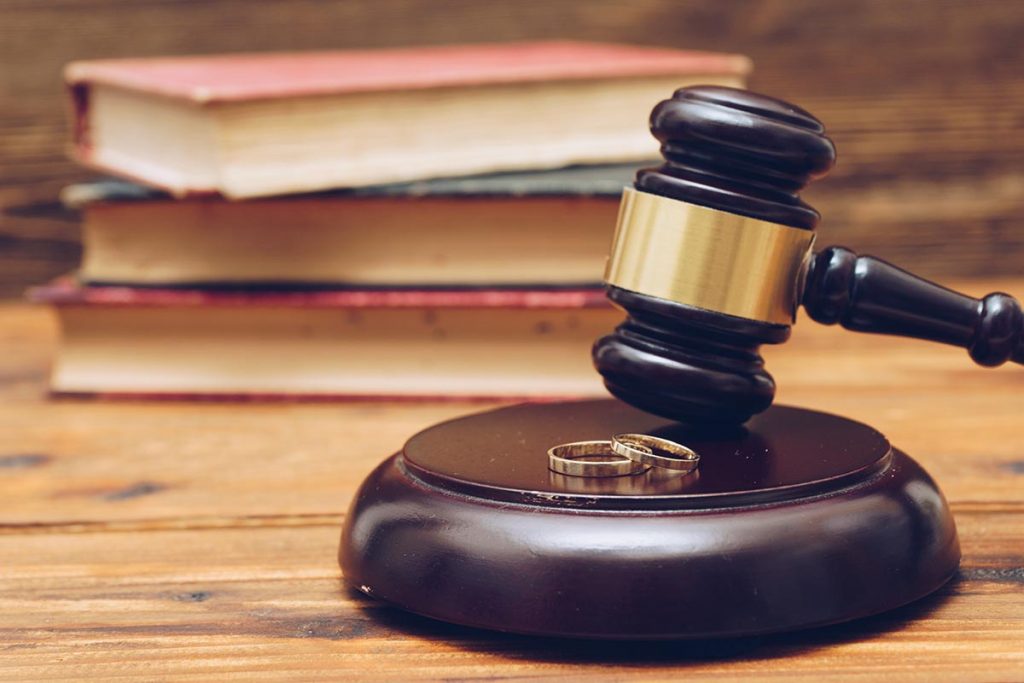 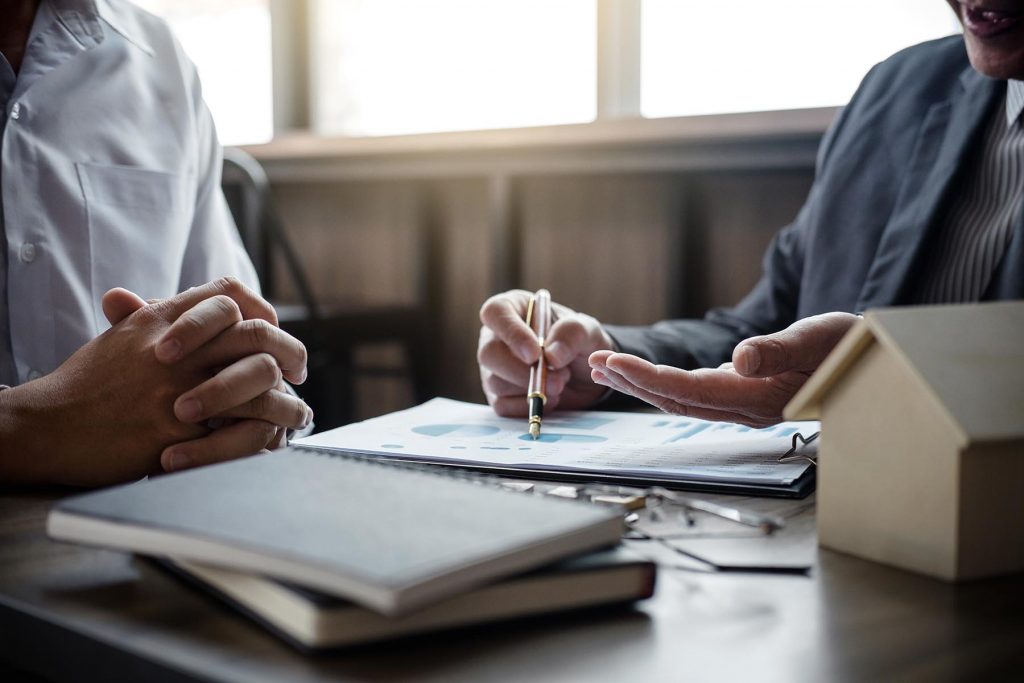 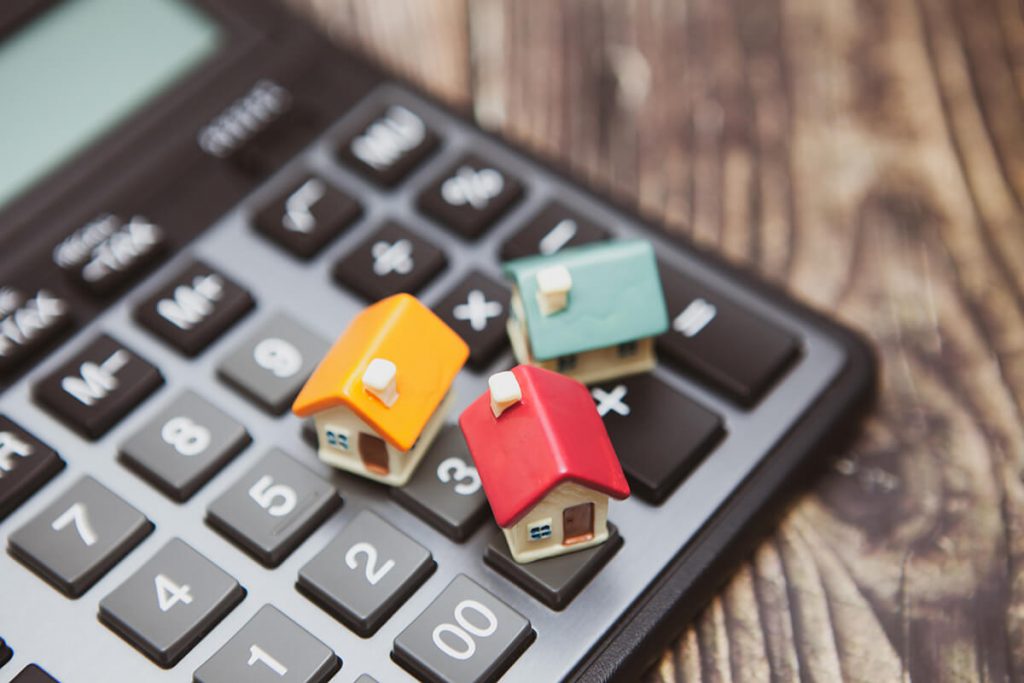 October 7, 2021 How to Understand the Annual Percentage Rate (APR) on Your Mortgage Loan Read More 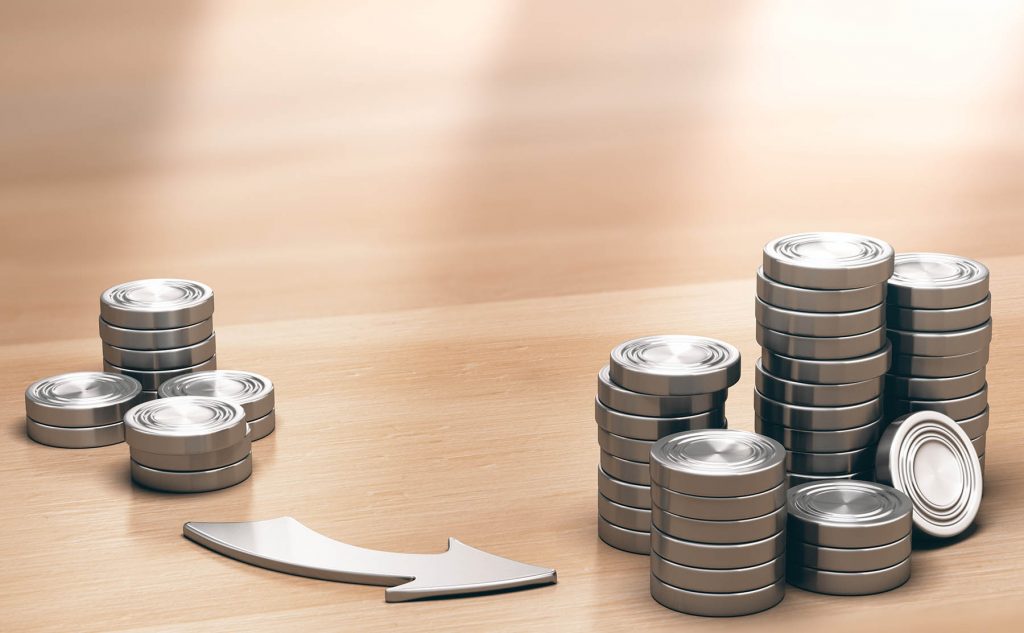 December 2, 2021 How to Get the Primary Residence Capital Gains Tax Exclusion Read More